Welcome to Dijon for FRCCS 2021 Social contagion and norm emergence on simplicial complexes and hypergraphs

Complex networks have been successfully used to describe the spread of diseases in populations of interacting individuals. Conversely, pairwise interactions are often not enough to characterize social contagion processes such as opinion formation or the adoption of novelties, where complex mechanisms of influence and reinforcement are at work.
In this talk, I will present two models of social contagion and emergence of norms in a population that take into account group interactions by considering higher-order structures such as hypergraphs. Generalizing the interaction and contagion mechanisms to these structures, I will highlight the emergence of novel phenomena with respect to the pairwise contagion processes. In a social contagion on simplicial complexes, I will show how higher-order effects can make the phase transition between the « healthy » and « endemic » states become discontinuous, with the appearance of a bistable region. In this region, a critical mass phenomenon appears, where the final state depends on the initial condition.
We will then explore the issue of critical masses under a different angle, namely, the minimal size needed for a committed minority to overturn social conventions. While many studies have proposed that such critical size could be as high as 10-40%, several observations suggest that much smaller minorities may be sufficient to bring a system to its tipping point. By introducing resistance to social influence within a standard model for social conventions, we provide theoretical support to these observations: the critical mass necessary to trigger behaviour change is dramatically reduced (in some cases down to 0.3%) if individuals are less prone to change their views. Moreover, we generalize the model to group interactions and unveil their complex role: the ability of the committed minority to overturn existing norms is non-monotonic in the group size. These findings explain the observation of rapid change in social convention triggered by very small committed minorities. They shed new light on the phenomenon of norm change and highlight the importance of the emerging field of higher-order networks, beyond pairwise interactions. 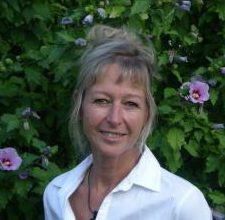 The complexity of human behaviour – Making the irrational, rational.

What would be your first thoughts and actions if you were caught in a short-onset major crisis, such as an earthquake? Once the initial threat was over, would you go immediately to a safe area, or would you try, for example, to find your loved ones possibly putting yourself in danger to do so? The occurrence of large-scale disasters is increasing and authorities are constantly being challenged in their ability to respond and manage them effectively. This talk looks as crisis as a complex socio-technical system from both the point of view of crisis managers and victims. Using agent-based modelling and simulation we try to represent realistic human behaviours in crisis situations in order to develop more suitable crisis response actions. Crisis victims are not homogenous in their behaviours but are influenced by a wealth of factors including their previous experience of disasters, knowledge of what is the « right » thing to do, social attachments, social vulnerability, and the physical environmental context, to name a few. Likewise, emergency managers often have to adapt their prescribed plans since the intricacies and conditions surrounding each crisis is different. We describe the challenges in modelling human behaviours and show examples of the computer simulators that we have developed. 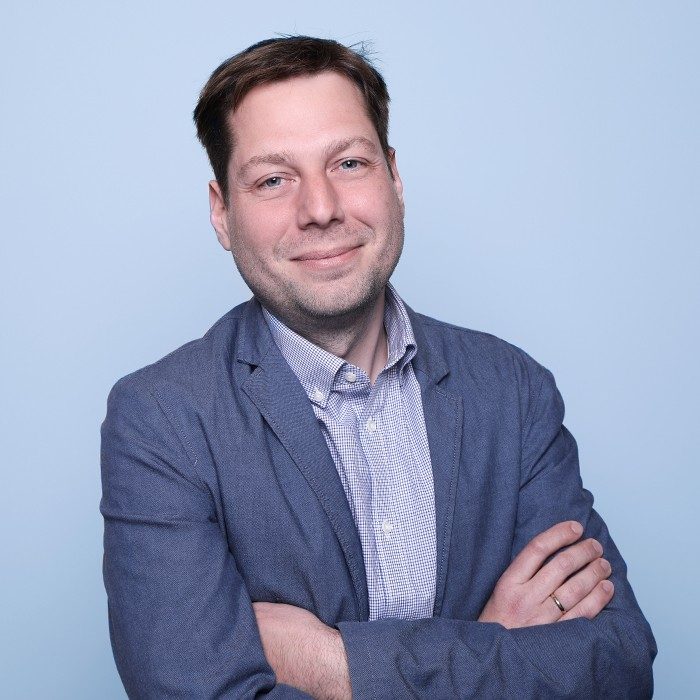 In-between complexities: On the exploration of datafied historical sources

Traditionally, historical research is associated with the contemplation over a small number of mostly written historical documents. The digital age has by now deeply transformed such practices through mass digitisation of historical sources and secondary literature more or less available in online repositories. Today, historians somewhat paradoxically face overwhelming amounts of information whilst permanently being limited by the fragmentary nature of digitisation and the surviving historical record itself. Nevertheless, computer scientists and historians have rightfully pointed to the immense value of such digitisation for research. Following digitization, historical sources are increasingly also datafied, i.e. automatically enriched so as to open up new opportunities for their exploration and analysis using for example named entity recognition and linking, topic modeling or text reuse detection for written documents and object detection for images.
But behind their visions for the analysis of the resulting data stand two distinct understandings of complexity: Historians commonly use the term “historical complexity” to stress the multitude of relevant relationships which link past events and processes through time, observed through the cross-consultation of fragmentary and ambivalent, sometimes contradictory historical sources. Data, especially when automatically extracted from such sources, does not adequately represent such complexity in the historical sense, nor does it in most cases lend itself to answer relevant historical questions through straightforward quantitative analysis. In this sense it fails to meet the expectation to lead to radically new insights driven by (big) data analysis and the ensuing methodological toolkits and concepts.
In-between these complexities, however, we find the biggest value such data has for the majority of historians: As a means to shift between close and distant reading perspectives on historical sources so as to critically assess their epistemic value and guide exploratory research based on discovery and source criticism. This talk discusses three research projects (histograph, BLIZAAR and impresso) and their efforts to facilitate such an exploration of datafied historical sources. How would you feel about losing your job to a machine? How about a tsunami alert system that fails? Would you react differently to acts of discrimination performed by a machine or a human? How about public surveillance?
How Humans Judge Machines compares people’s reactions to actions performed by humans and machines. Using data collected in dozens of experiments, this book reveals the biases that permeate human machine interactions.
Are there conditions in which we judge machines unfairly? Is our judgment of machines affected by the moral dimensions of a scenario? Is our judgment of machine correlated with demographic factors, such as education or gender?
Hidalgo and colleagues use hard science to take on these pressing technological questions. Using randomized experiments, they create revealing counterfactuals and build statistical models to explain how people judge A.I., and whether we do it fairly or not. Through original research, they bring us one step closer to understanding the ethical consequences of artificial intelligence. How Humans Judge Machines can be read for free at https://www.judgingmachines.com/ (in print with MIT Press).

Urban Future: From Discourse to Facts and back through Complex Systems Simulation

The Covid19 pandemic has awakened recurrent debates about the future of cities. Some speculate on a gradual abandonment of large metropolises and a return of populations to the countryside, or to small or medium-sized towns. Similar predictions invoking a trend of « counter-urbanization » had been made in the mid-1970s but did not materialize. Before risking predictive hypotheses, a thorough analysis of the dynamics of cities is necessary. We observe how cities, which are organized in systems of cities, maintain their size relationships over time. The main explanation for this persistence lies in the interaction pattern between cities and urban stakeholders and its slow path dependent evolution. Dynamic models of complex systems can simulate this development. They provide elements to explain the cognitive dissonance between individual and collective ways of inhabiting the world. They also make it possible to envisage reasoned territorial planning for a successful ecological transition and to reduce inequalities. The effects of algorithmic recommendation in online systems is the subject of growing interest and, also, of sometimes conflicting results, depending on whether it is said to contribute to expand or to restrain the horizon and serendipity of users. We will recontextualize this debate by distinguishing different places of action of algorithmic devices on platforms: upstream (principles), in situ (suggestions) and downstream (uses). We further illustrate each case with recent results. Upstream, we show that the design of these algorithms is similar to a largely self-piloted evolutionary dynamics. In situ, we describe topological and likely navigational biases induced by content suggestion on YouTube, relying in particular on an extensive collection of ad hoc data. Downstream, we exhibit a variety of attitudes toward recommendation using data from the online music listening platform Deezer, showing in particular how users’ preferences affect the influence of recommendation, rather than the other way around. 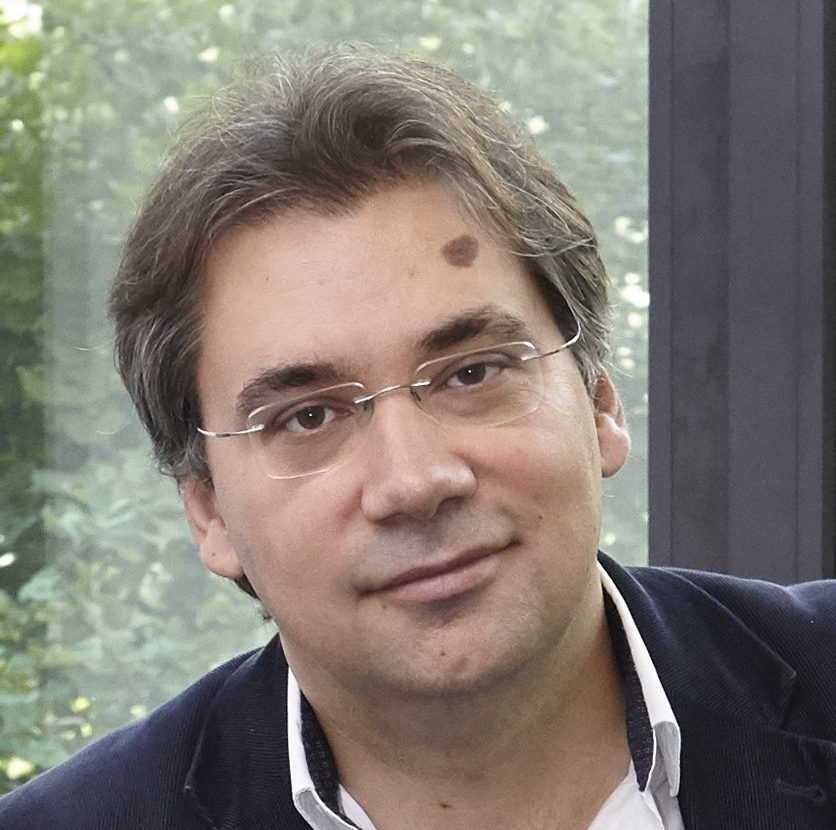 Biological networks represent our knowledge about cellular biochemistry in formalized and simplified form. Random walk with restart on the network graph is currently one of the central methods to explore the biological network structure and to exploit it together with high-dimensional omics data. I will present several applications of this approach to cancer data normalization, classification of samples, defining biological functions. I will describe general formalism to random walks with restart called Google matrix approach, with recent developments for quantification of hidden connections and taking into account edge signs. I will demonstrate, using the example of WikiPedia, that the suggested methods are scalable to graphs with millions of nodes and hundreds of millions of edges.