Welcome to Dijon for MARAMI 2019 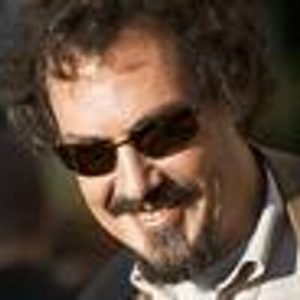 Ronaldo Menezes is a Professor of Data and Network Science and head of the computer science department at the University of Exeter. He received a Ph.D. in Computer Science at the University of York, UK. He is a member of many organizations such as IEEE (Senior Member), ACM, SBC (Brazilian Computing Society). He served as an elected official for the ACM SIGAPP for nearly 6 years, he is a member of the steering committee of CompleNet, and a board member of NetSci Society. He is the co-editor-in-chief of the Applied Network Science Journal published by Springer Nature. Dr. Menezes directs the BioComplex Laboratory in Exeter focusing on research on Complex Networks, Bio-Inspired Computing, Complex Systems, and Human Dynamics. He has published more than 100 peer-reviewed publications in these fields and has collaborated with more than 30 researchers worldwide.

Title: On the Scale, Concentration, and Dynamics of Crime

Crime is a major risk to society’s well-being, particularly in cities, and yet the scientific literature lacks a comprehensive statistical characterization of crime that could uncover some of the mechanisms behind such pervasive social phenomenon. Evidence of nonlinear scaling of urban indicators in cities, such as wages and serious crime, has motivated the understanding of cities as complex systems—a perspective that offers insights into resources limits and sustainability, but usually without examining the details of indicators. Notably, since the nineteenth century, criminal activities have been known not to occur uniformly within a city. Crime concentrates in such a way that most of the offenses take place in few regions of the city. However, though this concentration is confirmed by different studies, the absence of broad examinations of the characteristics of crime concentration hinders not only the comprehension of crime dynamics but also the proposal of sounding counter-measures. Here, we developed a framework to characterize crime concentration which splits cities into regions with the same population size. We used disaggregated criminal data from 25 locations in the U.S. and the U.K. which include offenses in places spanning from 2 to 15 years of data. Our results confirmed that crime concentrates regardless of city and revealed that the level of concentration does not scale with city size. We found that the distribution of crime in a city can be approximated by a power-law distribution with exponent α that depends on the type of crime. In particular, our results showed that thefts tend to concentrate more than robberies, and robberies more than burglaries. Though criminal activities present regularities of concentration, we found that criminal ranks have the tendency to change continuously over time. Such features support the perspective of crime as a complex system which demands analyses and evolving urban policies covering the city as a whole.

Tsuyoshi Murata is an associate professor of the department of computer science at Tokyo Institute of Technology. He has been doing research on artificial intelligence, especially complex networks, machine learning, and data mining. He served as one of the directors of The Japanese Society for Artificial Intelligence from 2013 to 2015. He was invited to WIMS 2016 (Nimes, France, June 15, 2016) for his talk on multilayer network analysis. Some of the recent papers appeared in WSDM 2019, ICDM 2018 and ECML-PKDD 2018.
URL: http://www.net.c.titech.ac.jp/

Deep learning brought drastic performance improvements especially in the field of image recognition and natural language processing. Machine learning techniques (such as network embedding, relation prediction, and neural networks for graphs) are expected to bring more power to the field of network science. In this talk, some of our deep learning approaches for networks will be explained.